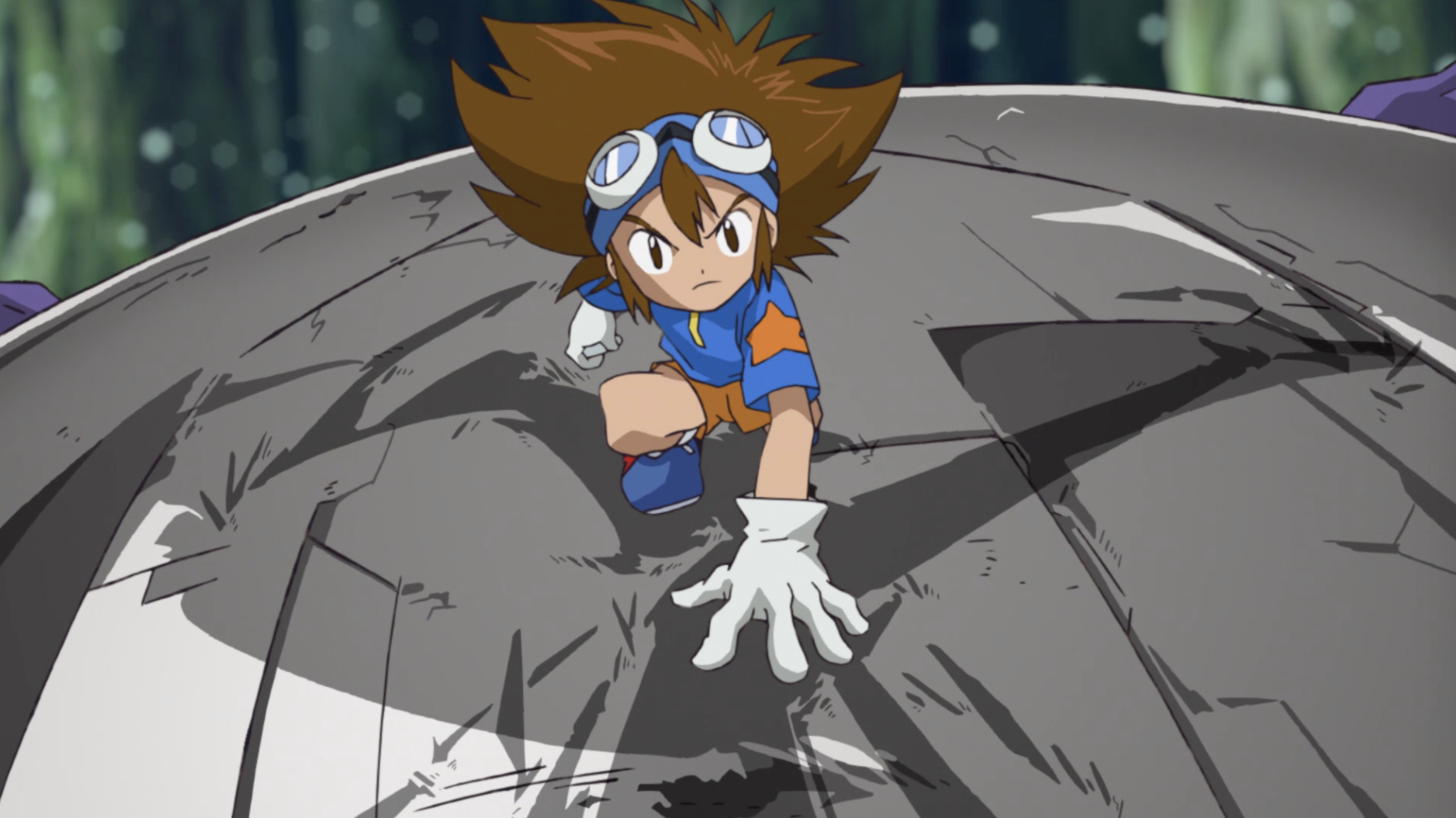 The fundamental paradox of reboots is that, if a show is popular and beloved enough to garner a reboot, no amount of money or talent will be able to perfectly capture everything that people love about the original iteration. When a reboot rushes through the material that made the original series so iconic, some fans will enjoy the faster ride and embrace the new characters and cool fight scenes the show is able to reach, but some will always prefer the richer emotions and themes that a slower pace allowed. A reboot with more advanced animation and a longer runtime can execute a more cohesive and flashy vision, but some of the best art comes from creative restrictions — and a reboot may be the first time fans realize that the elements they love were birthed from those restrictions. But enough about Fullmetal Alchemist, let’s talk about a Steelsolid Dinosaur.

Awkwardly eliding over all of the dramatic tension set up by last episode’s climax, this week’s episode opens with the kids sitting inside a cave watching footage of last week’s episode. Taichi and Yamato have their first lovers’ quarrel, Koshiro thinks maps are really cool, and Taichi runs off to re-attempt a video game boss battle once he had a friend point out the obvious weak point. Mimi yeets Joe’s prized possessions into a lake while Taichi struggles to execute the maneuvers to take down a Dark Souls boss. Eventually Taichi reattempts the boss battle enough times that the game triggers its pity system and grants him a free evolution buff.

This episode had some decent moments and there are aspects to MetalGreymon’s debut that felt really cool, but it was also by far the show’s sloppiest episode. The writing in particular took a nosedive this episode, with several scenes that left me floored by their clumsiness. The entire opening scene that has to awkwardly explain how the kids got away from MetalTyrannomon without actually showing any of it1; the argument between Taichi and Yamato that makes it hard to understand what they’re actually arguing about (until they bring up whether to follow Ogremon’s directions, which make tons of sense as an argument); the scene of Taichi gleefully running to fight MetalTyrannomon after the last episode put so much effort into building them up as an intimidating, impossible threat; the kids spending half an episode talking about how they can’t cross an evil swamp without even mentioning a quick reason why they can’t fly over.

But it wasn’t just the writing (scenario and dialogue) that took a hit this week — the storyboarding and direction were also pretty frustrating. The decision to cut directly from the middle of the conversation confirming Ogremon’s directions to Taichi running into battle was a bad writing choice, but it also felt all the more jarring because of the victorious “we were able to confirm the right path forward!” music that keeps playing, and it was particularly ill-fitting for a scene where Taichi was supposed to be trying out one last desperate maneuver just to give everyone a chance to escape. Greymon flipping MetalTyrannomon mid-evolution is an exciting, fantastic concept; but it’s exciting precisely because of how impossible it sounds, so the animation really needs to do the heavy lifting (ha ha) of selling how it would work, to make it really feel like he could pull it off. Instead the scene cuts back and forth so many times that we just see Greymon reach down to grab MetalTyrannomon’s claw and then by the time we’ve cut back he’s already in the air. When MetalGreymon dodges MetalTyrannomon’s attack by jumping into the air, the timing makes it clear that it was a a dodge jump, but the pose he jumps into is so awkward and the animation is so vague (he just disappears and reappears in the air) that I was left so confused whether it was actually MetalGreymon’s maneuver, or him getting knocked back and thrown up by MetalTyrannomon’s attack2.

None of those small paper cuts of awkwardness in the writing, direction, or storyboarding are that huge on their own, but experiencing them all in short succession makes for a very frustrating experience. Even if none of the holes are that big on their own, when I look back on the episode as a whole it just feels like Swiss cheese. But even more concerning than this particular episode’s flaws, which very well may be the result of post-COVID scrambling3, is the show’s general trajectory. I don’t particularly mind that this evolution into MetalGreymon felt much less significant and “earned” than the original show’s MetalGreymon evolution. This sequence of events certainly felt significantly more shallow than the original one, but it felt fittingly shallow considering how early into the season we still are. Much more concerning to me is the fact that it’s looking increasingly clear that this reboot’s priority is to rush through the highlights of the original show without leaving time to breath between evolutions.

So far that increased pace is making the individual moments less impactful and meaningful than they were in the original show, but ultimately we’ll need to see what the rush is leaving time for before judging whether that cost was worth it. If this season is going to be even longer than the original, and if we’re going at roughly 2-3x the general pace of evolutions, what is all that extra runtime going to be used for?4 If we’re going to look at the other obvious example of a 50-ish episode anime rebooted into a roughly 2x-faster 65-ish episodes, Fullmetal Alchemist Brotherhood is a pretty hopeful sign. Fullmetal Alchemist fans are pretty evenly divided between people who prefer the original’s richer buildup and thematic explorations, or Brotherhood and its wider cast and focus on shonen battle spectacle. According to my rough polling, it does seem like Digimon fans prefer the fast spectacle version, so Digimon Adventure 2020 may end up being exactly the reboot we wanted.