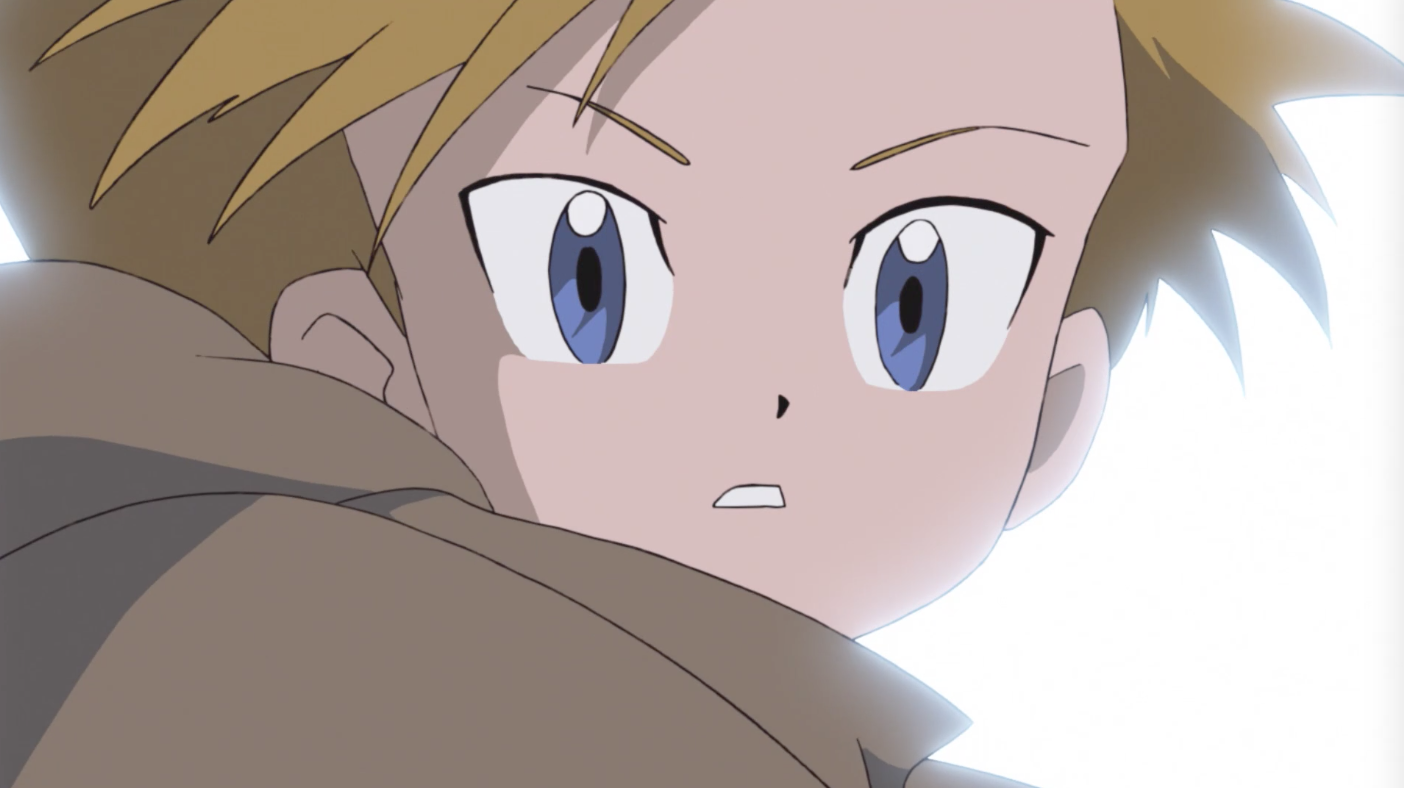 “The Children's Attack on the Fortress”

For the third time in a row, this week’s episode of Digimon Adventure 2020 (re)introduced us to a familiar character. But there was something different about it this time. Even though we still appear to be a long ways away from the iconic 7 young kids who went to camp for the summer on August 1st, 1999 — let alone the full 8-person ensemble — the simple addition of Yamato has made something click into place. This is the first episode that felt like a true ensemble show, and it was fantastic. Yamato was rightfully the focus, but all of the cast got moments to shine and interact with each other in fun and memorable ways. Let’s hope this feeling lasts and the show can keep this up once the full 6 — and eventually 8 — assemble.

As Mimi braids Ikkakumon’s fur, the kids approach land, guided by a light house that raises some questions at about the same moment that it also starts shooting at them. Thanks to a save from Yamato and Gabumon, the kids hide out in a cave and learn about the fortress. Yamato runs off on his own, Joe almost gets himself killed in the most Joe way imaginable, and then everyone runs around to create a distraction for Yamato.

As Yamato and Garurumon climb the fortress’s tower, he looks down and sees everyone helping him, looks longingly into Taichi’s eyes, and unlocks a new BluerAndSlightlyFasterGarurumon form. Garurumon blasts away Gorimon and the Solarmon lighthouse twins, Greymon tail whips a DarkTyrannomon off a cliff, Togemon and Ikkakumon destroy an army of Tankmon, and Birdramon… exists, I suppose. Yamato apologizes for calling the kids dead weight, and Taichi finds a new Poneglyph.

In the original show, Yamato’s standoffishness largely resulted from his compulsive need to protect Takeru. It was an unhealthy overcompensation fueled by Yamato’s guilt over the two being mostly split in day-to-day life before the show. In this reboot, we get to see Yamato’s personality without that factor involved, and I’m excited to see how the dynamic changes once Takeru is in the mix. Yamato’s protection of Takeru also led to a lot of Yamato’s early conflicts with Taichi, so I’m curious if those tensions will also rise once the younger siblings are introduced. The fact that this rebooted Yamato lives far away from Takeru also adds another interesting new angle. The original Yamato overcompensated for not living with Takeru, but at least they still saw each other regularly; how will that dynamic differ now that they probably only get to see each other a couple times a year? Overall, the way the show has handled Yamato is a prime example of how it has tweaked these beloved characters just slightly enough for them to feel new without losing their original charm.

The more I reflect on this episode, the more I enjoy it. Structurally, it was very plot-heavy, with the entire episode revolving around the fortress siege, but it used that framing well to tell a story about Yamato, and managed to sneak in lots of funny moments with other characters. And, unlike the battle-focused episode 2, this episode managed to avoid feeling repetitive at any point. Everyone — even the continually short-shrifted Sora — got moments to shine this episode. And, for once, this episode had lots of humor that made the episode feel fun, without feeling like a sharp divergence from the mostly-humorless show up until this point. And, perhaps most remarkably, this episode has managed to leave such a strong impression without even employing any of the standout sakuga sequences1 that so far have been the series’ main talking point. With the cast rounding out, it feels like the real magic of the show is starting to activate, and I can’t wait to see more.